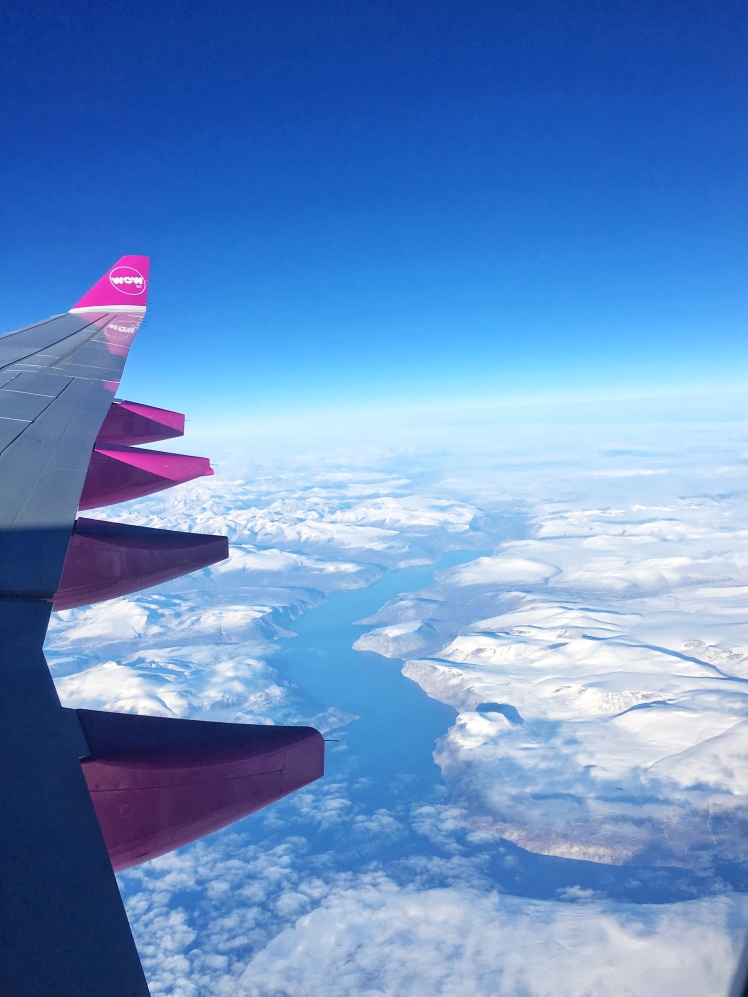 I decided to gather and share some tips on Iceland. Ever since the launch of WOW air several years ago, it has made flying to Europe, specifically Iceland much more affordable. It’s cheap to get there, but it’s expensive to be there. Everything from food to gas comes with a pretty heavy price tag. Being from San Francisco, my friend and I thought we can handle it. Nope! Let’s put it this way, one of those tasteless triangle sandwiches you might find at a 7-11 or Walgreens will cost $3 or so dollars, but in Iceland, it’s $10, and coffees are about $8-12 dollars. So here are some tips on how to navigate your way through Iceland on a wallet friendly budget.

Air:
We flew with WOW air. Tickets including taxes and baggage fees came to $522. Be prepared that everything is bare minimum. Seats are nothing luxurious but do recline back, and outlets (not USB ports) can be fond under the seats if you need to charge. So have your universal plug handy. Besides that, the leg room is actually spacious compared to other commercial flights. Also, there is no headrest monitor nor in-flight service of any kind. Well, there is food and drink for purchase, but you know how tasty that can be. With no in-flight entertainment you probably want to bring you own.
Car:
We rented from Geysir the Dacia Duster. Man, we loved that car! Initially, we had a Barbie (Suziki Jimny) car, but had to trade it in. The backseat alone could only fit our backpacking backpacks and with my friend whose 5’10” and myself a mere 5’2″, there’s no way we could have slept in it. Plus, the Duster (better pictures with this link) had more power and stability to all the wind (both are 4x4s)! Knowing we would spend some nights sleeping in the car, it was important there was some level of comfort. We did entertain the idea of renting a camper van, but figured that not only was the Duster better, but more economical. We wish we could afford a Defender to do some river crossings, but those will make you broke as shits. And we did opted for the $10 a day wifi. So worth it.
Note: Park into the wind so when you open the door, it’s more likely to not come off the frame of the car.

We wished we had this bad boy. The gentleman who owns this took a three week trip to drive and ship it from Cornwall, England. It’s taken him a few years to construct, only because he would find the parts from various countries. It’s fully stocked with a queen bed, kitchen, and bathroom and being larger than a Defender, it can definitely river cross. I asked if he could honk the horn, but he refused only because the sound is so loud it could crack the glaciers. Yooks!

Bónus – is a chain discount grocer that are pretty much everywhere in Iceland. But do check the hours because some like in say Reyjkavik, don’t open until noon. Tip, stock up on chocolates here if you plan to bring back some for souvenirs.

Netto – is another discount grocer that a some locations just not as many as Bónus.
N1 – are attached to a gas station that has food and souvenirs for purchase.
Vínbúðin: specialty/liquor store. Check the hours and when you do see one, go and stock up! They tend to close at 6pm, and in winter the hours are 4-6pm. It’s very Scandinavian where beer sold in grocery stores can be no more than 2%, so for higher volumes you need to buy from these specialty stores. Or in a restaurants and bars.
We seriously took advantage of the all you can eat breakfasts wherever we stayed. We’d have breakfast, and then make a sandwich for our supper later. Yes, we were ballin’ on a budget, also because Iceland will break you. But we ain’t ghetto mmmkkkay?!! As I mentioned earlier, one of those lousy package sandwiches will costs $9-10 USD.
Hot dogs – so somehow they’re known for these cheap gas station hot dogs, think 7-11 but with different fixings. Well, it was terrible. Maybe only because we put all the condiments on it and with the fried onions, no thanks. And I usually like fried onions.
Yogurt – get the Skyr (the one with the spoon) yogurt so good and filling. Well, they are a little too sweet for me, but the plain is good. We had this for every breakfast and snack, it really held us over. They also have these interesting pourable ones in milk cartons that are yummy as well. Also, with all the dairy not once did we even have problems (yes, we’re both lactose intolerant, majority of the world is). That’s because their cows are properly fed.
Water: bring at least a 32oz water bottle so you can refill at any place that has a spigot. We filled in gas station faucets (as long as it looked decent, which 95% did, only one Bónus I couldn’t) restaurants, our overnight stays, and airports. Also, that size bottle helps on the long flight since they charge for water, too!
Currency:
We had planned to withdraw some cash as soon as we landed, but ended up not needing to. Everywhere, including the small towns all took credit card. Just make sure to notify your credit card company in advance of your travels or they might block you for security purposes. It happened to my friend on this trip.
Restrooms:
Very far and few. We went whenever there was a bathroom. And at night, yes I peed outside the car. 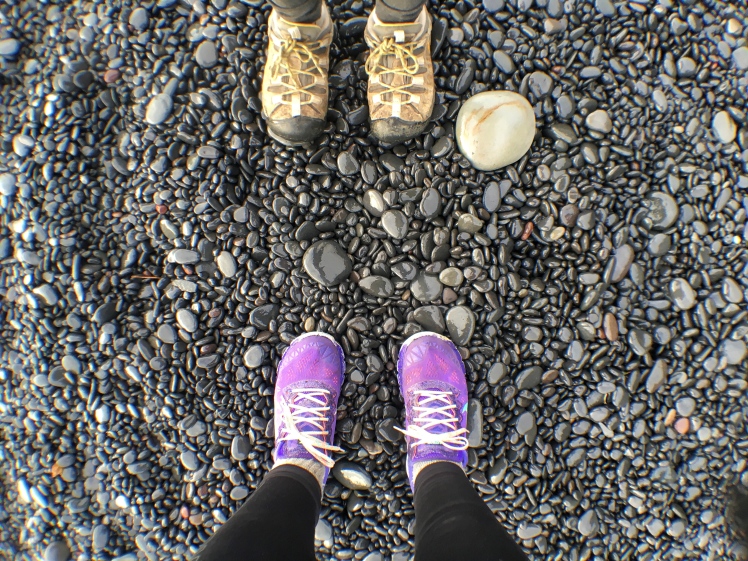 Clothing:
Layers – I brought good wool base layers, but October isn’t terribly cold since there’s actually a high humidity there. It’s the wind that’ll get you. We did get wind burn so make sure to sunscreen up and moisturize a ton at night and in the morning. Being all layered up, it’s not in any means a fashion show here, plus you it’s not like you’ll be seeing any of these people again. Here’s my breakdown for seven days:
So all my clothes basically fit into a 20L waterproof stuff sack and wore the bulky items on the plane.
Gear:
Since we knew we were going to sleep in the car, we decided to bring some of our gear.

Sweaters – pretty much every single person in Iceland has a wool ski sweater. They’re pricy, but try looking for them at thrift stores or the flea market in Reykjavik and they’ll have the beenies and scarves there as well, and are all pretty much in the same area.

Blankets – after hunting around for sweaters, I realized it would be useful for me to have a blanket especially with winter coming and I no insulation or heating in my place. After leaving Myvatn, I couldn’t stop thinking about the beautiful blankets I saw at Vogafjos Cowshed Cafe. I actually, found one I like at a store in the airport, Rammagerdin, and it was half the price from the ones I saw earlier. They have a beautiful variety of hand craft items for anyone you would like to gift for.
Wish list:
Lastly, read upon their history, it’s quite interesting. They had the first democratic parliament in the world dating back to 930 AD. Not to mention their history with the Danes and Brits. So interesting, so give it a read.
I think that about covers it. Questions or comments? Please share your stories or tips because I just lovveee talking about Iceland…and travel in general.
Happy journeying!